History took a front seat at the table this month when Afghan enemies formally sat face to face for the first time to embark on negotiations to end what is now regarded as the world’s deadliest conflict. 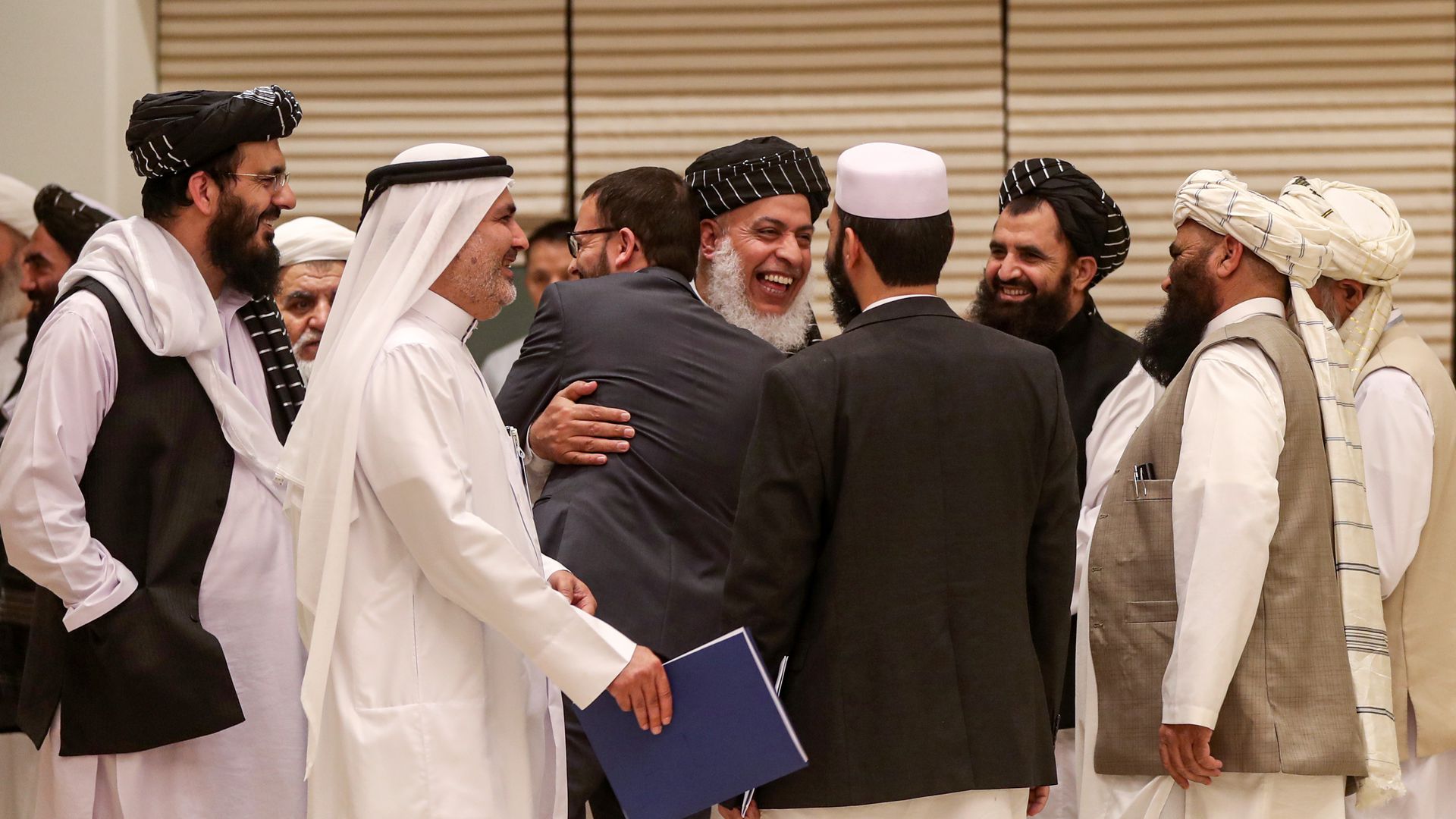 “We’ll start introductions on the left,” suggested Masoom Stanikzai, the grey-bearded chief negotiator of the Afghan government’s chosen delegation who only just survived a suicide attack nine years ago by bombers posing as messengers of peace.

From the other long table, on the other side of the glittering Qatari ballroom, another Stanikzai of no relation loudly interjected with a grin. “You always do things from the left,” chimed in the white-bearded deputy head of the Taliban team, Abbas Stanikzai. “We mujahideen start from the right always.”

In an instant, in these very first moments, would-be peacemakers were pulled back to days gone by when they brandished banners for communism or Islam – a violent war of words which sparked the Soviet invasion of 1979 and a fire which kills and maims across Afghanistan to this day.

History has left its calling card in these talks which are as emotional as they are historic. Forty-two negotiators, one for every painful year of war, are now charged with the Herculean task of turning this page.

Formal interviews and informal conversations over the first 10 days of talks in the Qatari capital, Doha, signalled both early signs of hopeful progress as well as significant and stubborn disagreements over visions of a post-war future which imperil this push towards peace.

All the while, reports keep reaching negotiators from the Afghan battlefield thousands of miles away.

But they’re as close as ever-present phones with encrypted messaging services and social media posts seething with an anger and anguish, on both sides, and intensifying the pressure. 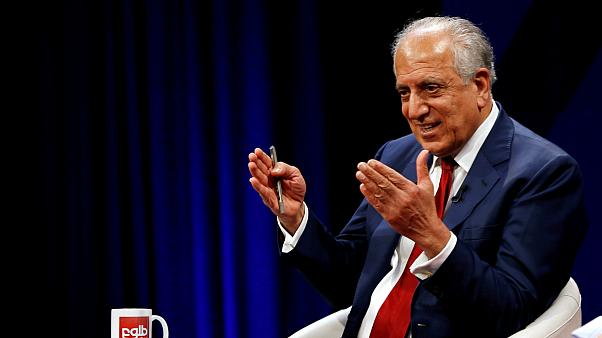 The UN reports that civilian casualties are now at a lower level than in recent years. But on one day alone, four separate incidents killed 20 women, boys and girls and injured 39.

The first task on the table has been formulating a “code of conduct”, the rules and regulations to shepherd these talks.

Some of an initial 23 points were swiftly settled – such as starting each session with a recitation of the holy Koran, ending with prayers, and treating each other with respect.

But the Taliban immediately put bigger issues on the table – unsettling for the other side – including insistence that disputes be resolved within the Hanafi school of Islamic jurisprudence, one of four major schools of Sunni legal reasoning, without provisions for the Shia community as codified in the Afghan constitution.

They also called for this set of talks to be subsumed within the US-Taliban deal signed in February.

But, after a few days of stalemate and silence, progress was reported when “contact groups” from the two sides sat down again.

And they wrestled with the significant semantics of what this is all about. The government team spoke of ending the “war”. The Taliban wanted to see it as “problems”. They inched towards a compromise with “conflict”.

Negotiators from Kabul, the capital, noticed that Taliban who sat at the table during the US-Taliban process – tough talks which took place over more than a year – learned skills which are helping break logjams now.

“The fact that we continue discussing these issues for hours is a step forward,” said Nader Nadery, spokesman for the government delegation. “We are focused on the task at hand: to end this war.”

“It’s hoped that consensus will be reached on the remaining points,” his Taliban counterpart, Dr Mohammad Naim, posted on his Twitter account, in English, Persian, and Pashto.

“Patience” is the byword, always uttered with a knowing smile, by both Stanikzais whenever I ran into them, as they hurried to and fro in the sprawling beachside resort of white crenellated Arabian villas transformed, in part, into a negotiating hub.

But for all the small encouraging steps forward, the process is still firmly rooted in deep mistrust, and mutual recrimination.

While the government side prides itself on a team reflecting the diversity and strength of the Islamic Republic of Afghanistan, the Taliban hail their largely homogenous group as the stronger side at the table, and on the battlefield – a pole position they see embodied in their deal signed with the US which committed Washington to a phased withdrawal of its forces in exchange for Taliban security guarantees and a commitment to negotiate a roadmap for peace.

Taliban officials accuse President Ashraf Ghani’s supporters of trying to drag out this process on in the hope of changing the goal posts with the next US administration.

On the other side, Afghans worry the Taliban haven’t moved significantly on fundamental issues since their harsh rule of the 1990s, and are just biding their time until US forces pull out to try to steal a march on Kabul.

“We are testing the waters now, and the waters are deep,” reflected Habiba Sarabi, one of four women negotiators on the government side, who is part of the minority Shia Hazara community.

In public statements and private remarks, the Taliban speak of an Islamic system which is “more Islamic” than the current Islamic Republic of Afghanistan.

“It’s too early to talk about this,” a Taliban official replied when I asked about elections, but he hastened to dismiss all previous Afghan polls as riddled with fraud.

When I asked about democracy, he burst out laughing.

Women’s rights is another hot button issue. The Taliban have been repeatedly asked about this and have repeatedly insisted that women and girls will be given all rights provided “within Islam”.

They’re also being repeatedly asked to include women on their own team.

“There’s a war going on, so we need to respect and protect women,” a Talib explained when I asked about female Taliban negotiators. “When there is peace, they will have all their rights within Islam including education and work.”

Once rules and regulations governing the talks are agreed, the focus will shift to issues.

A ceasefire is at the top of the government’s list, as it is for an exhausted people pleading for an end to the everyday violence.

For the Taliban, that can only come once progress is made on the shape of a new order. There will be another semantic search for a “pause”, a “reduction”, and the like.

For the moment, both sides insist they’re committed to this process, and determined to stay the course.

“It’s not easy to sit with your enemy, especially when we are still fighting on the ground,” remarked Matin Bek. His father, a mujahideen commander and member of parliament, was assassinated by a suicide bomber in 2011.

In the relaxed atmosphere of a hotel lobby where sides are more spontaneously blurred, 33-year-old Bek was spotted sitting cross-legged on the floor while negotiators from both sides perched on adjoining sofas.

Many have been in this place before, or their fathers were, when the Soviet troop withdrawal of 1989 led to vicious infighting among mujahideen groups which paved the way to Taliban rule.

“We all say we want peace, but it will take time,” commented 26-year-old Anas Haqqani, the youngest member of the Taliban negotiating team and youngest son of the late Jalaluddin Haqqani, whose so-called “Haqqani network” was put on the US’s terrorism list in 2012 – although they deny it now exists.

His older brother, Sirajuddin, is now the Taliban’s deputy leader.

From the get-go, there was consensus on a crucial point. This was, to use the mantra, to be an “Afghan-led and Afghan-owned process”.

From the seats at the top table, to the secretariat working at all hours to keep all the paper moving, to the arrangement of media interviews and interactions, Afghans are sorting it.

On the sidelines, at times in a cosy lobby of cushy leather chairs discreetly sheltered by miniature palms and marble pillars, diplomats from key countries engaged in this process and committed Afghan watchers are at the ready, if and when they’re needed.

Ideas which worked in mediation efforts in other conflicts have already been seeded, successfully, into this one.

The six-member contact group from each side grapples for long hours with the gaps. There’s a joint messaging system rarely adopted elsewhere.

“I’ve just sent a ‘so far, so good’ message back to the capital,” commented one Western diplomat.

No-one can say for certain how long this round will last, how far it will go.

There’s even a tussle over the venue of the next round. Some argue the process will benefit from just keeping it going in Qatar where extensive arrangements are already in place.

But Doha is also the site of a Taliban political office, and where many of their negotiators can go home at night to their families.

Four other countries in a contact group – Germany, Uzbekistan, Indonesia and Norway – are also lined up as possible venues, and countries keen to get in on this act keep offering their services.

For now, the focus is squarely on what’s on the table in Doha. But everyone is mindful too of events beyond this bubble, and the risk that a spectacular attack on the ground, or even an unpredictable tweet from the White House, could cause it to unravel.

When I ask about what worries the most, there’s often one refrain: we must avoid the mistakes of the past, so history is not repeated. 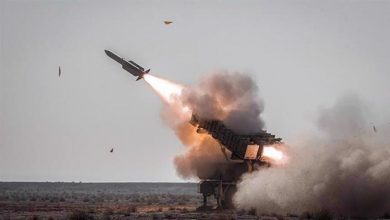