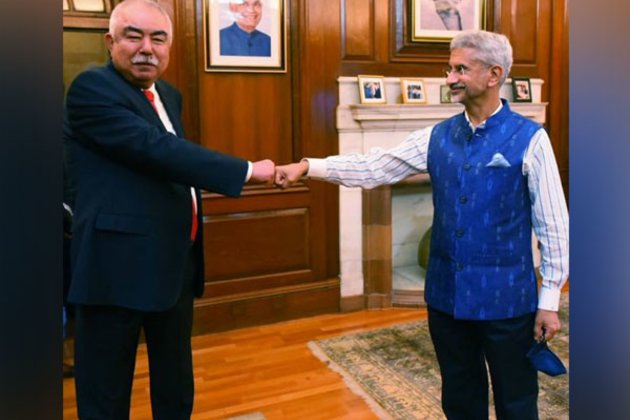 Jaishankar said in a tweet that he exchanged views on developments in Afghanistan and the larger region with Marshal Dostum.

“Constitutional order and rights of all sections of Afghan society were also discussed. India has conveyed it’s long term commitment to Afghanistan,” Srivastava said in a tweet.

The peace talks between the Afghanistan government and the Taliban began on September 12 in Qatar’s capital Doha to end decades of war in which tens of thousands have been killed.

Jaishankar had participated in the opening ceremony of Afghan peace negotiations in Doha through video conferencing and reiterated that the peace process should be Afghan-led and ensure the interests of minorities and women.

He said Afghan soil should never be used for carrying out anti-India activities and supported the need for an immediate ceasefire in order to establish long-lasting peace in Afghanistan.

According to Tolo News, President Ghani, speaking at the 75th UN General Assembly via video conference on Wednesday night, said, “the Afghan people have a clear and urgent priority: a ceasefire”.

“An urgent end to the violence, will more than anything else, give us a chance to progress,” he said.

Tolo News reported that both parties had formed “small contact groups” on the opening day of peace talks and have held close to five meetings to discuss rules, regulations and agenda of the negotiations. (ANI)